This past February, Lakeshore elementary, middle and high school students took the stage to participate in the 25th Annual Putnam County Spelling Bee.

The musical comedy, featuring music by William Finn and the book by Rachel Sheinkin, centers on the story of how middle school students find joy competing in a regional spelling bee.

Students and community members were treated to three productions of the musical in the recently renovated Lakeshore High School Auditorium. $660,000 in improvements and updates were made to the Auditorium and connecting lobby through a major project grant funded through the Lakeshore Excellence Foundation.

Lakeshore High School Vocal Music and Music Theory Director, David Gailey, says shows like these would not be possible without the generosity of donors who support the mission of the LEF. Each year the Lakeshore Excellence Foundation awards his department $10,000 as part of a recurring grant to help support fine arts educational programs for Lakeshore Public School students.

Not Your Average Advocate
Next Post:Major Project Investment 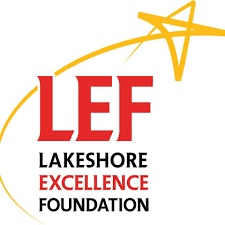